Last month, the guys at Water Aid asked if I would draw an image to form the backdrop to their tent at Bestival - a four day festival that's held on the Isle of Wight each year. They were there to promote 'The Big Dig' - a campaign to help 'bring clean water and sanitation to communities across Malawi, transforming their lives forever'.

The drawing I turned in is a bit more sober than my usual stuff, as the last thing we wanted to do was 'cartoon' such an important issue. I was (and still am, if I'm honest) a bit unsure about it - but Water Aid liked it and the tent was a great success for them. So who's arguing.

Here are a few pics. 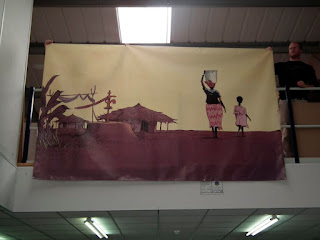 The banner (held up by the printers. I'd like to think that the hand on the far left belongs to the guy on the right, but no). 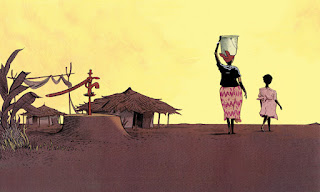 Some festival goers, posing in front of the banner at the Bestival tent.